The Rev. Lori Hlaban serves as the Minister of the Unitarian Universalist Fellowship of Beaufort.

A native of Wisconsin, Rev. Lori came to UUFB after serving as the first-ever Assistant Minister at Unitarian Universalist Church West in Brookfield, WI. Rev. Lori is a graduate of Chicago Theological Seminary, and was ordained to the ministry in 2010 by her home congregation, Lake Country Unitarian Universalist Church in Hartland, WI.
Theologically, Rev. Lori identifies most closely with religious naturalism – but her Unitarian Universalist faith is “grounded in our Christian heritage, informed by Buddhist practice, and influenced by humanist philosophy.”
Rev. Lori is married to Tom Hlaban, and they have three adult children. They enjoy hiking, camping, and cooking together.  They enjoy driving along the coastline, observing the tides, and finding more opportunities to explore the Lowcountry.

You can follow Rev. Lori at her Facebook page, where she posts notices of events, pictures, and occasional graphic memes she designs: https://www.facebook.com/revhlaban/

Nicolas Ashford was born in England and spent his early childhood in Los Angeles, CA and Goldsboro, NC, before moving to Beaufort in 2001.  Nicolas brings a wealth of computer knowledge to his position as UUFB’s Administrator.

Chris Raskind grew up in Western Pennsylvania.  A graduate of Bucknell University, she taught elementary classroom music for thirty-eight years in the public schools of Ohio, Colorado, and Connecticut. In 1997 she joined the Westport (CT) Unitarian Church, and upon retirement, she and her husband, Shep, moved to Beaufort, where she “signed the book” (officially joined UUFB) in December 2000.

In Beaufort Chris has played cello in the Beaufort Symphony and served on its board.  Each June she teaches recorder at Sea Island Presbyterian Church’s Music Camp. After a 50 year hiatus, she located her neglected clarinet and joined the Lowcountry Community Concert Band. Since June 2014 she has served on the Planning Committee of the newly formed Lowcountry Wind Symphony, where she continues to play clarinet.
You will see Chris at the piano in most UUFB Sunday services October through June, and conducting the choir periodically. In addition to playing the piano she enjoys singing and oil painting. And several days a week, she can be found swinging a racquet on the Dataw Island tennis courts. 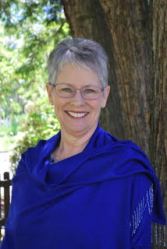 Rev. Nan L. White was called to ministry in the 80’s as a Presbyterian serving congregations in the south as Director of Religious Education.  In 1991 she was the first woman to be ordained by the Presbytery of Sheppards and Lapsley in Alabama and served Mt. Horeb Presbyterian Church in Lexington, Kentucky for three years as their first full-time Minster. She and her wife Sam left the Presbyterian church and trained to become Massage Therapists.  After moving to Beaufort, SC in 1996 they began to build their business, when within a few years Nan was introduced to Unitarian Universalism. In 1999 she began the almost 10 year process to complete Final Fellowship into the Unitarian Universalist Association while serving multiple congregations in the region.

She brought to Unitarian Universalism 40 years experience in ministry where she holds a Master degree in Religious Education from Southwestern Baptist Theological Seminary and a Master of Divinity from McCormick Theological Seminary in Chicago.  Additionally, she received a years training in both Pastoral Counseling and Clinical Pastoral Education.

In 2001 she began serving the UU Fellowship of Hilton Head Island  (now the UU Congregation of the Lowcountry) as a part-time Consultant Minister for 6 years, and a part-time Chaplain for Hospice for 2 years.   In 2002 she was called as part-time Minister to the UU Fellowship of Beaufort, South Carolina, which led her to become Beaufort’s first full-time Settled Minister in 2007. During those years she helped to grow the congregation toward purchase of property, introduce Unitarian Universalism to the conservative community of Beaufort and she was committed to developing multicultural relationships with the people of St. Helena Island, specifically with historic Penn Center while living as an out lesbian. You can read her story in a Skinner House book titled “Testimony, The Transformative Power of Unitarian Universalism” edited by Meg Riley.

In 2014 she was named Minister Emerita of the Beaufort congregation before accepting the position of Developmental Minister at the Rogue Valley UU Fellowship in Ashland, Oregon where for three years she helped shift their culture towards collaborative covenantal community focusing on the practice of right relationship while living in community.

In 2017 she retired from full time ministry. She and her wife, Sam, have settled in St. Petersburg, Florida.